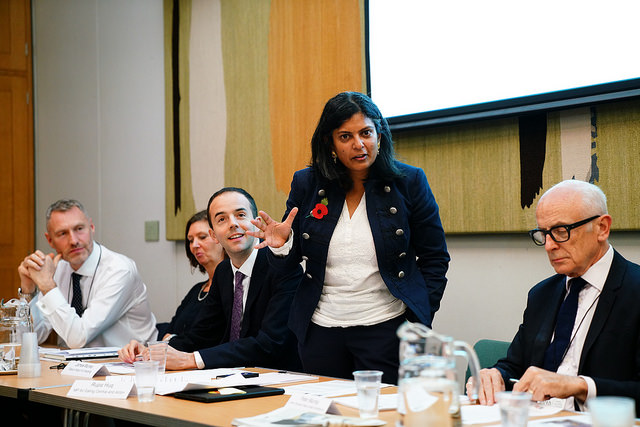 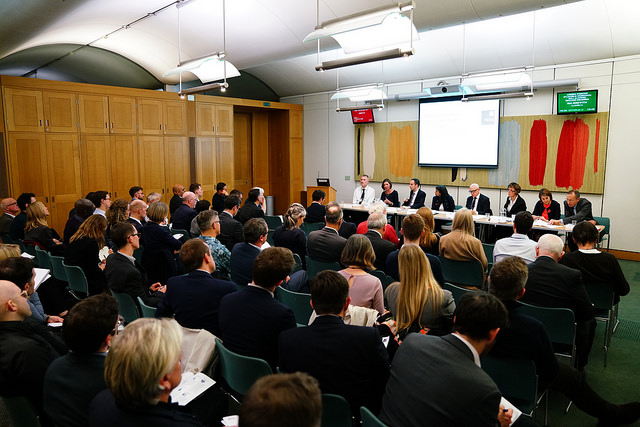 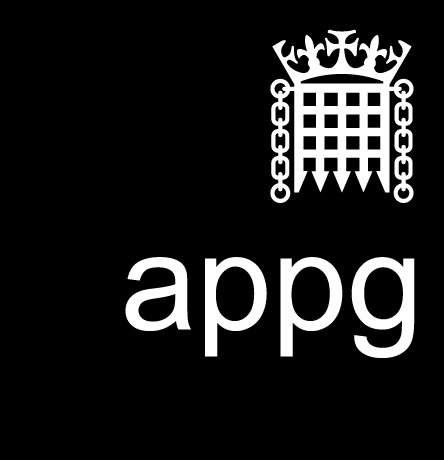 London must patch up its relationship with the public over so-called affordable housing by defining its parameters more realistically. But City Hall is aiming to help address quality and the housing shortfall across the capital through more intervention over land assembly, a commitment to tackling supply with new methods of construction across many tenures and a new name-and-shame database on rogue landlords.

Those were some of the key issues to emerge from the recent meeting of the APPG for London’s Planning and Built Environment at Portcullis House. Chair Rupa Huq, MP for Ealing Central and Acton, introduced the session on how we can deliver genuine high quality homes for Londoners and address a crisis over affordable provision. Deputy mayor for housing and residential development James Murray said that there had been ‘remarkably few’ opportunities to tighten up the speed of getting the new draft London Plan into place, but that it is expected on 29 November. The story of London over the last two decades, though, was of a 40% increase in jobs, 25% climb in population and 15% in housing supply. ‘It has been a story of jobs and economic success, but housing failure’, he said. ‘It simply hasn’t kept up with demand’. There is an ‘affordability gulf’ in what we are building, and although traditional housebuilders have a large role to play they tend to focus on the high-end homes for sale. London needs some 66,000 homes a year, according to new GLA figures, with 2/3 of them having to be affordable. The £3.15bn secured from government was crucial not just in the headline amount, said Murray, but in the flexibility it provides to look at a range of different affordable housing types. A measure to introduce fast-track planning for developers delivering 35% affordable is ‘moving in the right direction’, with 38% affordable secured from planning applications in the first 6 months according to London First figures. But in the discussions Murray has had thus far it had been clear that land was the big hold up, hence City Hall signalling it will be doing more to assemble land, get it into the system and boost supply. ‘Government really needs to support a different approach to building homes if we are to make that leap in delivery’, he said. [caption id="attachment_2358" align="aligncenter" width="640"] © BAR Productions Joe Howard[/caption] David Montague, group chief executive of L&Q said his organisation plans to double its housing output from 2,500 in three years, and then again to 10,000 by the end of year 10. ‘We’re an ambitious organisation but this is a marathon, not a sprint’, he said. The key challenges are on investment and a major intervention needed by central government ‘at a different scale’; land – with a pipeline of clean, serviced, consented land required; skills, especially given Brexit; and collaboration. ‘It will take collaboration and courage if we are to deliver on this new scale, and we have pledged to set our differences aside to deliver a step change.’ Finally, Murray said City Hall is about to launch a ‘name and shame’ database to highlight landlords behaving irresponsibly and ease problems in the private rented sector. Julia Park, head of housing research at Levitt Bernstein, said that although affordability was a far greater challenge than quality in London, more could be done and it was important not to slip back. ‘I don’t think good quality housing costs much more than poor quality housing’, she said. ‘The trouble is, that’s the bit that gives’. Quality therefore needs to be ‘locked in’ through regulation and planning standards that are stuck to’, said Park, who added that office to residential permitted development rights should be dispensed with. Other speakers included Heather Cheesbrough, director of planning and strategic transport at the London Borough of Croydon, who said that design and placemaking are underpinning the authority’s approach to intensifying, and Andy Slaughter, MP for Hammersmith and former shadow housing minister, who stressed the need for effective ‘dealmakers’ to draw in investment from developers and put an end to what he saw as a ‘regression, almost a war’ on affordable housing from the current administration. But it was Helen Hayes, MP for Dulwich and West Norwood who stresses that we need a different approach to affordability. ‘I think the definition of affordability has become completely broken’, she said. ‘It is one of the biggest contributors to a loss of trust around housing.’ Government officials and policy leaders talk about the issue using definitions that have no bearing on what people can actually afford and too many, said Hayes, see housing as being ‘for someone else.'   Corporate Supporters and Professional Members of the London Society receive invitations to attend meetings of the APPG for London's Planning and Built Environment. For more information, please email director@londonsociety.org.uk
See all posts
Top