The myth of the "green and pleasant" Green Belt? 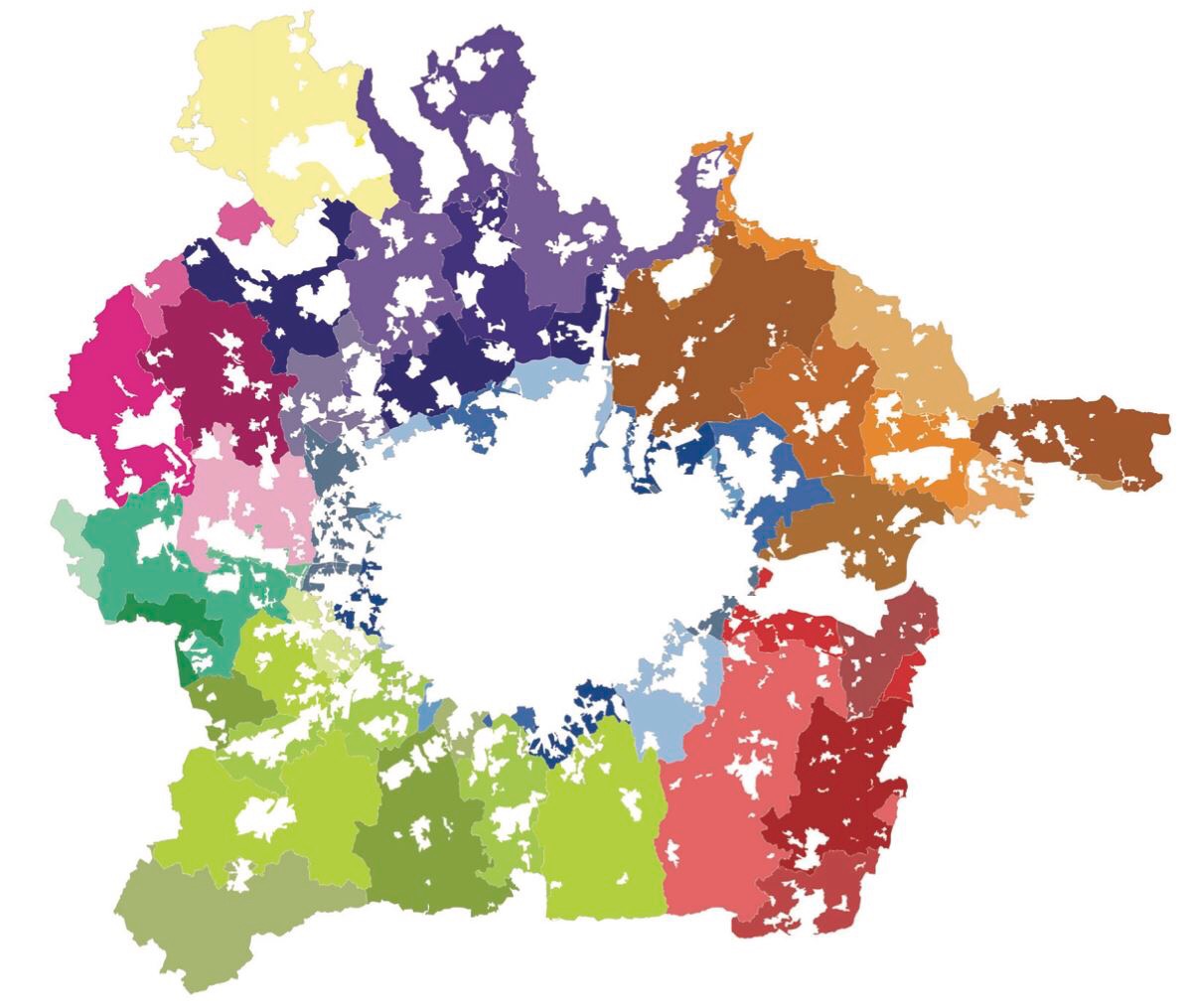 London could contribute a million more homes to the goal of easing its ongoing housing crisis if it de-designated and used some of the scrappier, less ‘green and pleasant’ parts of its considerable Green Belt land. That was one of the key views to emerge from an APPG meeting on whether it was time to re-think the Green Belt, held in Westminster 23 July. The session was introduced by APPG chair Rupa Huq and London Society chairman Peter Murray. The Society was responsible for originally introducing ideas around the Green Belt to prevent sprawl and provide a green lung for the city, but Peter Murray called it a ‘toxic’ issue which politicians nowadays ordinarily shy away from. Having a mature debate about such an important but often neglected issue, especially as the issue is controversial and emotive, was essential.

He then introduced Siobhain McDonagh (SM) to speak on the issue.

Siobhain McDonagh (SM) – The vast majority of issues raised at her surgeries are housing related, the 300,000-new home target per year has not been met since 1969 and London is gripped by a housing crisis which leaves families without adequate accommodation or in the grip of the private renting sector. We desperately need to build more homes to solve this crisis

The public perception of the green belt as the ‘green and pleasant land’ spoken of in Jerusalem is often false. 14 London Boroughs have more green belt land than built on land and 20% of London’s green belt is land with no environmental or community merit. These patches of land are often scrubland or tips near stations.

Planning permission is refused on this land which has the potential to unleash 1 million new homes on just ‘non-green’ green belt.

This issue requires a lot of political bravery because of the emotional connection the public feel with the idea of the green belt. However, there is a broad base coalition of organisations who support building on unattractive green belt within 1 kilometre of stations.

It is unlikely that these groups would agree on who would benefit from the huge added value of the land which is released from the green belt but there is consensus that this land should be developed.

Paul Cheshire (PC) – He agreed fully with what SM had said.

Green belt policy can be seen as simply a tool to prevent development rather than to protect the environment. History shows that as people become richer they require more space to live in. Up until 1939 there was no real increase in the value of land because we were ‘making more of it’ by building railways, amenities and communities. This urbanisation was stopped in its tracks with the green belt policy in 1955. This was its purpose, not to protect nature or greenery.

The areas that now show the highest increase in commuting to London are Yorkshire, South Wales, North Norfolk etc. This is because people must jump the green belt. These people must live outside of London because they are priced out of living there but could be housed much closer to London if green belt land was released.

We should be taking advantage of fast new rail links by building homes near to stations. A good example is Taplow which will be on Crossrail and have its journey time to Bond Street cut from 55 mins to 38 mins. We should be building houses around this station to take advantage of the huge infrastructure investment.

The number of golf courses around London is huge because of green belt. Golf courses have no competition for this land because it is designated green belt. We could use some of this land to combat the housing crisis.

In an ideal world, it would be better to have ‘green fingers’ rather than a green belt as people wouldn’t have to jump it.

Sean McKee (SM) – The London Plan and Mayor of London must have a role to play in allocating green belt land for development. There are 61 golf courses in London.

Lord Matthew Taylor (MT) – Up to 1955 there had been continuous development at a very high level. After this development became focused on urban regeneration, new towns and local plans. By the 1970s there was enough housing to meet demand and the green belt was expanded in a very popular political move.

The irony of the green belt is it was brought in to protect communities but the only land which has been released from the green belt has been land on the outskirts of pre-existing settlements. The government should embrace its localism rhetoric and let communities decide about green belt land and its development.

Vinita Dhume (VD) – It is important to consider London in its regional context rather than in isolation. We must see London as a part of the South East and move away from the approach where you have a London Plan which doesn’t cohere with other plans for smaller areas in the South-East.  Greater strategic thinking could be achieved with a plan for the whole region.

The way we view the countryside has changed over time and the image of idyllic rolling fields has taken hold as the image of the green belt.

He suggested that a better way to address this ‘affordable housing crisis’ was to build larger and taller buildings for people to live in and create a greater density in Inner-London. Homes in the green belt may have stations but they would not have the other amenities and resources that families need.

Ruth Cadbury MP – It is very important that we think of ways to stop this policy just pouring all the added value into developers' pockets, who have been sitting on green belt land for years waiting for policy to change. The added value must be used for public good.

Siobhan Mcdonagh (SM) responded to RNJ’s point by saying that in her experience families on housing waiting lists always preferred a house with a garden to a flat in a tower block and that families in tower blocks were very rarely content.

Lord Matthew Taylor (MT) – tower blocks are also unsustainable due to their maintenance costs. They have been found over time to be economically unsustainable and undesirable.

Emma Dent Coad (EDC) added her experience from Kensington that lots of people, including families, do like living in high rise flats. For example, those who lived in Grenfell Tower loved living there and felt that with accessible green space near the tower they were happy to live in a busy and vibrant block of flats.

Other questions and comments from the audience included:

The APPG on London Planning and Built Environment meeting of 23 July 2018. The panel and parliamentarians present included:
See all posts
Top