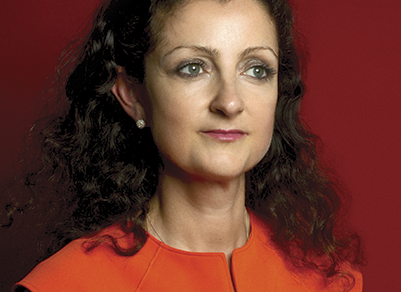 In a joint event with RTPI London, Daniel Moylan, former Deputy Chairman of Transport for London and former Deputy Leader of Kensington and Chelsea Council, asked if the Planning system in London is not now so anti-market and so anti-people in its outcomes that it would not be better to abolish it and start again with a much lighter touch. Victoria Hills, Chief Executive of the Royal Town Planning Institute, responded. Joanna Day was in the audience.

It is perhaps inevitable that a debate entitled ‘The Planning System: Broken Beyond Repair’ will create a lively discussion with strongly held, contrary, views from those working in the field or interfacing with it. The event did not disappoint.

Those spending their time dealing with planning authorities at a local day-to-day level often have the perception of a malfunctioning, under-resourced system. What is not necessarily thought about so often is the wider picture: the purpose and future of the overall system.

It’s hard to work out where to stand in defending or attacking the planning system. It’s easy to be critical of many of the processes and the outcomes. And many authorities are clearly under-resourced. However, it remains a system there to function democratically and protect the public good, and so a poorly functioning system might be better than none…?

Within this context, it was of interest to hear Daniel Moylan’s thesis that the planning system is a broken one at a systemic level, controlled, he posits, largely by the developers and beyond redemption. That where some see democracy he sees lobbying, and that it is a distorted market that is underperforming, not a real one.

Of course, as the Jonathan Manns of Rockwell who chaired the discussion pointed out, the planning system has been through many guises. Initial phases existed to exert control in the interest of issues such as defence or disease prevention. The idealism of the nineteenth centuries were part of a social movement in search of utopia in housing and urban design. And, of course, the postwar period was one of the public sector rebuilding Britain. The rise of the influence of the private sector is the latest chapter in this story.

Daniel Moylan describes the Town and Country Planning Act as an “essentially Marxist venture” where development was nationalised because land could not be. Inherent to the system, therefore, is the added value that land acquires through the state sanction of development through the planning system. Daniel Moylan argues that this has evolved into a “racket” where the large developers can influence or even ‘create’ the planning system so it works in their favour. This is comparable to a monopoly who can rid themselves of competition through ‘crony capitalism’. Viability assessments and post completion negotiations are key examples of the mechanisms by which the large developers can play the system.

Daniel Moylan likens the system to Soviet State Planning. Deliberately provocative with this comparison, he contends that small players and entrepreneurs - including DIYers - are pushed out of the picture, and dis-incentivised due to systemic flaws.

To back up this argument, the conclusions of the recent National Audit Office report were referred to; namely that there is bureaucracy without outcome; and that the system is not managing to promote enough housing.

What is the alternative? Reduced categories of use classes? Less micromanagement and only basic planning tests of massing and bulk? A rating system to provide infrastructure? Let the market work?

Victoria Hills did not agree either with the contention that the system is beyond repair, nor with the suggested alternatives.

Her argument was that it’s not the legislation that is broken, but the resourcing. She argued that the tools are in place to work with what we’ve got, if they are refocused and resourced in the appropriate way.

Her position is based on her belief that town planning is far from a dying industry and that the preoccupations of Millennials such as climate change will direct them into the field. She also pointed out that the planners were fed up with the government ‘tinkering’ as well as pointing out that there is no possibility of the government having time to revisit legislation, or mend anything, in the next 5 years.

This is largely a pragmatic position. Arguing that there is no time to fix the system is not the same as arguing that the system is not broken. Victoria Hills did, however, make some key suggestions for how to address some of the current problems. Using 4 ‘D’s to describe the key attributes of a successful planning future (Delivery, Decision, Disruption, Diversity), she focused on three critical points of required change.

The first was the need for leadership, using the demise of the Chief Planning Officer (83% of authorities no longer have one) as an demonstrator of the current lack of strategic leadership. The second, unsurprisingly, was the need for money and resourcing. Thirdly, the use of digital tools to reach underrepresented communities whose voice is not currently being heard.

And what conclusions does this lead us to?

For me, I agreed with much of Daniel Moylan’s analysis of the problems. I do not, however, naturally have the faith in the market that he presents. I can’t help thinking that whilst it is true that large parts of desirable neighbourhoods of London would not be allowed to be built under the current system, the strongest argument against Daniel Moylan’s alternative to the planning system that Victoria Hills presented, is the current situation with permitted development for converting offices to residences. Rather than the market providing what it should, we have substandard homes being legally provided with no natural light to living areas, undersized rooms, and located in unsuitable environments such as business parks. If this is what the market provides, there is a strong case for the balancing force of the planning system, a full circle to the necessity of planning law to protect public health.

And the rest of the audience? About a third agreed it was beyond repair. The rest of us are apparently holding on to the idea that the planning system can be corrected enough to still be a democratic force for good. Broken, maybe. Beyond repair, hopefully not.

Joanna Day is a partner at Langstaff Day Architects