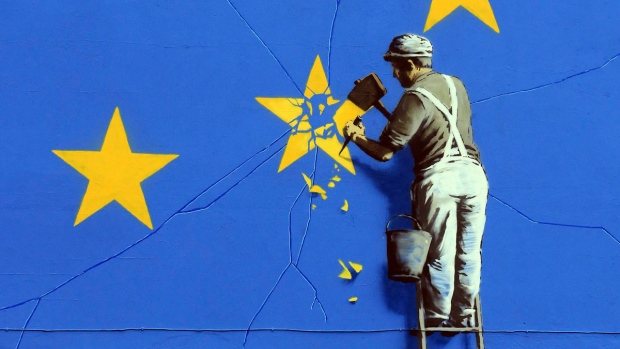 It is the most significant event to affect London for a generation, so the London Society felt that Brexit needed to be debated, and its effects on the capital explored. Saul Collyns reports on the London Brexit Debate held at the Conway Hall on 13 September. [caption id="attachment_3089" align="aligncenter" width="640"] Victoria Hewson, Daniel Moylan Dave Hill (Chair), Sara John and Caroline Pidgeon[/caption] With parliament back from summer recess and Brexit looming ever closer, the London Society and OnLondon debate ‘this house believes Brexit will be good for London’ was impassioned, and sharpened by a focus on specific impacts on London. Given that London voted 60% for remain in the referendum, it was not surprising that when Chair Dave Hill asked the audience which way they had voted around two thirds raised their hands for remain. Nevertheless, fervent arguments were put forward by the high calibre speakers – ex Boris Johnson advisor and Deputy Leader of Kensington and Chelsea Daniel Moylan and Victoria Hewson of the Institute of Economic Affairs arguing that Brexit will be good for London, with Liberal Democrat London Assembly Member Caroline Pidgeon and Sara John of Best for Britain arguing that Brexit will have detrimental impact.

Victoria Hewson argued that Brexit has already rejuvenated British democracy, and that the passionate discussions about WTO rules taking place in pubs across the country are symptomatic of a newly engaged and involved electorate. She also argued that Brexit will be good for environmental health, condemning the European Commission for enabling the Volkswagen emissions scandal by being too susceptible to lobbying. Daniel Moylan stressed the economic value of Brexit, noting that every £1 the European Union invests in Romford is preceded by the UK sending £1.70 to Brussels. He also advocated the benefits of devolved power. Moylan argued that Londoners demonstrated their desire for decisions to be made as close to them as possible when the city voted 72% in favour of directly electing a mayor in 1998, with subsequent mayoralties transforming London for the better. He said it was paradoxical to argue that London should have more powers to govern itself but that air quality should be set from Brussels. What’s more, Moylan also sees great opportunities for London’s workforce: he believes that the city’s economy has grown with an unhealthy dependency on a constant supply of cheap labour, which needs to stop. He argued that in construction less immigration would mean less competition for jobs and therefore higher wages, which will be music to the ears of many. Moylan stressed that this is merely an acceleration of what would happen anyway: as wages and opportunities rise in countries such as Poland it has always been inevitable that workers will start returning. In contrast, Sarah John reminded the audience that only 5 of the 33 London boroughs had voted to leave the EU, and although Londoners will always make the most of Brexit, it would be foolish to expect them to be behind it. She argued that embracing other cultures and celebrating difference is at the heart of London’s psyche, which is fundamentally at odds with the Brexit embraced by Nigel Farage. John also argued that the economic impact will be damaging: London has already lost its crown as the world’s leading financial centre to New York, but other industries are affected too. The city’s creative industries (which account for 6% of UK GDP) are overwhelmingly against leaving the EU, and with access to the EU no longer guaranteed broadcasters have already begun to leave London. Caroline Pidgeon made it clear that she does not consider the EU to be perfect, citing its decision-making processes as an area in need of greater transparency. Nevertheless, she argued that there are great benefits to EU membership. She highlighted the incredibly low interest rates attached to loans from the European Central Bank, which has benefited London in numerous ways, from a £1 billion loan to TfL for station upgrades to support for 30 schools. She noted that Brexit is already leading to stalled investment, which is impacting the economy and could stall new infrastructure investment. Pidgeon also lamented the impact on pan-European families and questioned whether settled status will be easy to obtain in light of the Windrush Scandal. Ultimately she asked the audience to be wary of who is each side of a debate, noting its often a good sign of whether one is on the right side of an argument (she noted that Trump and Putin are both against the EU). A lively debate ensued with questions from a mix of remain and leave supporters, and feisty ripostes from the panel. One Leave voter, who agreed with Sara John that London might lose jobs, asked whether it could help accelerate a much-needed rebalancing of the UK economy. Moylan argued that job losses from time to time are an inevitable part of freedom of movement, as was the case when Morgan Stanley moved their back office from Scotland to Hungary in 2005. John noted that EU investment in job creation has actually been directed towards areas which could help rebalance the economy and which are not supported by government policy, such as sustainable mining in South Wales and job creation in Romford, but Victoria Hewson retorted that this is merely evidence that the EU spends our money on ‘stupid things’ like coal mining. One audience member argued that EU migration has been at the expense of immigration from other parts of the world, penalising descendants of the Windrush generation that Caroline Pidgeon had referred to. Daniel Moylan agreed, saying that the EU freedom of movement principle is racist in its outcomes, favouring predominantly white Europeans whilst discriminating against people of colour living in the rest of the world. This was rebuffed by Pidgeon who strongly contested the notion of European immigrants being white, whilst Sara John argued that there are already thousands of unfilled vacancies in areas such as healthcare, and they are unfilled because of barriers the Home Office has put in place making recruitment in Asia and Africa so difficult. Concluding statements on both sides appealed to democracy. Whereas Victoria Hewson reiterated that such debates are symptomatic of a healthy and robust democracy, Caroline Pidgeon emphasized that democracy isn’t stuck in time and that views can change, quoting David Davis who famously once said that nations aren’t democracies if they can’t change their mind. Nevertheless, despite the impassioned arguments, a final show of hands showed that this wasn’t the case for the audience, with roughly the same two thirds voting against the motion that Brexit will be good for London as had declared themselves remain supporters at the beginning of the evening. You can listen to an audio recording of the full debate here. Comments are open if you want to share your views.