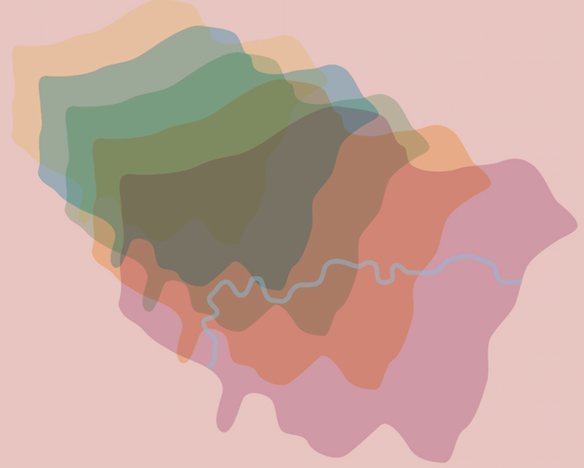 The third of this year's Planning School looked at the always relevant subject of housing - if we need to house more people, surely the city needs to become more dense and therefore taller? Joanna Day listened to Claire Bennie and Lorraine Hughes. There is, according to Claire Bennie, a lot of 'fake news' about density. It is a slippery concept that is hard to relate to on a human level. How many of us know what density we live at? Not many can define their own experience of home and environment in terms of a 'per hectare' measurement – the chosen unit used when we talk about density. And this unit neglects grain. Are we talking about my flat, my estate, my borough, my city or country? Each will give a different figure. And yet, the whole issue is about people, and this was Claire Bennie's central point.

Why would we seek high densities? To make good use of scarce land, to support infrastructure, to tackle social isolation and to promote property affordability.

And why wouldn't we? Because it's expensive to build at high densities and people (mostly) don't want to live in it (in this country).

It's hard to define how density feels. A fun fact is that if you spread everyone equally across Greater London then you would be standing 14m from the next person. That's what London's 55 people per hectare or 22 dwellings per hectare means.

Comparisons between cities are difficult. In London there is 33% green open space and 24% of London is made up of back gardens. Are where are the edges of the city? London, in Claire Bennie's metaphor, is a roast dinner in a gravy of suburbia.

Of course, density is about people, but also about politics and economics. There is a delicate balance of cost, efficiencies (net to gross area ratios) and value at play. At the moment, the most financially viable density seems to be up to about 13/14 storeys. We could do worse than look at some of the 1930s examples of such buildings. But what sort of buildings are suitable for dogs and children?

To this point, namely who currently wants to live at what density, Claire Bennie has invented a graph. The graph pits increasing density against perceived quality of life and categorises society into three groups : wealthy urban professionals (5%), single/older/isolated (65%) and families (30%). It might be hard to argue that the chart is strictly scientific, but it seems to summarise some simple patterns. About people.

In this context, a relevant case study of densification is the Wood Wharf development, which Lorraine Hughes worked on as a planning consultant, starting back in 2001. This development is one of 'Shanghai densities'. The financial crash of 2009 threatened to turn it into a shaggy dog story.

And yet, out of the ground it is now coming. It leaves, according to Lorraine Hughes' telling, a vast cast of characters and lessons learnt in its wake. The complexities of making a new place can not be underestimated and was clearly one of the challenges of the scheme, where essentially a whole new quarter of the city is being made from scratch. Site ownership and market conditions are the clear definers of the storyline. The community barely blinked an eyelid, with only 12 objections, but it is the Canary Wharf Group who is the main author. The tale is written in masterplans by skilled architects (firstly Richard Rogers Architects, and later Allies & Morrison) and endless complicated planning documents, that Lorraine Hughes points out, it is near impossible to find your way around.

The clear messages quoted from the project were that local consultation is key, and that it's all about the public realm. With soaringly high buildings emerging now, it's a wait and see moment to understand how much these messages will have affected the final outcome.

Discussions after these thought-provoking talks ranged around whether there are enough young professionals to fill the tall buildings (probably not, although empty flats are not as prevalent as one might be led to believe); how Toronto seems to be developing an interesting high-rise model to suit a varying demographic; the role of the London Plan; the need for wind studies where tall buildings are proposed; how the densification of the suburbs in the Outer London Ring is a growing issue; and about the role of democracy, consultation, nimbys and yimbys in the planning process.

Claire Bennie finished the session by suggesting the need for a 20 page London Plan summary to explain why London is growing, available to the public at large. An excellent suggestion.