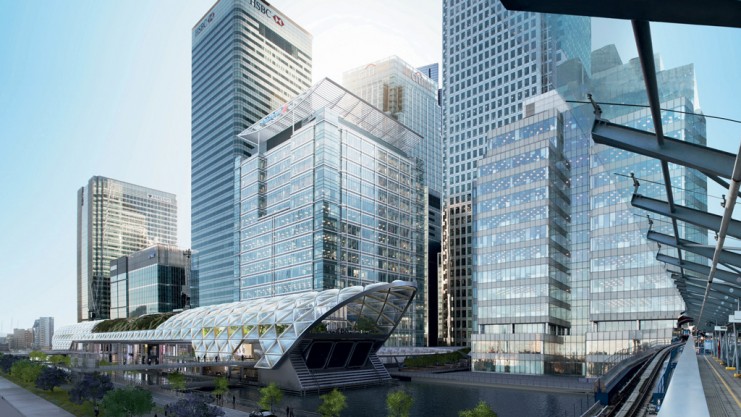 Our last event of 2018 was a walk around Canary Wharf with David Thompson. Jo East reports: Roof gardens, City rivalry and constant change could sum up the thrust of David Thompson’s latest walk. Meeting outside Canary Wharf Underground Station David gave a brief history of the area to put in context the 97 acres which constitute the district. Walking through the series of gardens and squares that constitute the public realm – quiet on a weekend – he suggested it was best to envisage these as a series of roof gardens to the shopping centre, utilities and car parks that lay beneath us. The buildings above ground being profitably given over to large office complexes and skyscrapers.