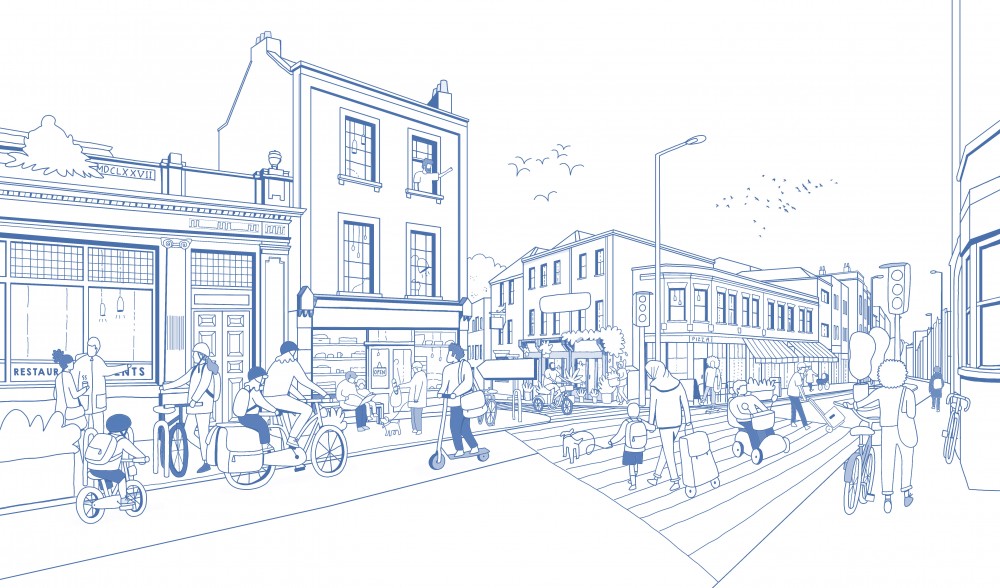 The parliamentary Suburban Taskforce has today unveiled an Update Report summarising its workstreams and emerging considerations since it formed in March 2020. This includes key feedback from its public “Call for Evidence” and initial data analysis.

The cross-party Taskforce was established, with the backing of the Government, to shine a light on the suburbs in order to identify and secure the clear, long-term and properly resourced policies needed to support thriving, sustainable and inclusive suburban areas.

The Taskforce has spent the past twelve months reviewing evidence on the state of Britain’s suburbs in order to make recommendations to the Government on policy initiatives to enhance them. It is co-chaired by Dr Rupa Huq MP and David Simmons MP, assisted by UCL as Knowledge Partner and with an expert Advisory Board chaired by leading British urbanist Jonathan Manns, Executive Director at Rockwell.

The Taskforce has collated and reviewed quantitative data, such as those related to land use, built form, population, transport and infrastructure. It also held a public “Call for Evidence” which ran fromAugust to October 2020 in addition to hosting a range of workshops and meetings with Government Ministers.

The emerging analysis suggests that suburban areas can be seen as distinct from urban or rural locations but cautions against a one-size-fits-all approach and indicates that it may be more appropriate to understand them against a spectrum of characteristics. It also highlights the continued relevance of long-established ‘suburban debates’ about their relationship to urban centres and management of growth pressures, in addition to the potentially transformative impacts of the Covid-19 pandemic.

Commenting on the recent update, Dr Rupa Huq MP stated: “Almost exactly to the day, a year ago a bunch of MPs from three parties met to start the ball rolling with the Suburban Taskforce. Since then, suburban society has changed in ways unimaginable at the time with working from home for white collar staff, a new appreciation of space, and lockdown all subsequently normalised.

“As this interim report shows densification, sustainability, decline of pubs, all bracketed under need for renaissance and anticipation of the new normal were all identified. This provides a solid basis for the next phase of this groundbreaking work to build on... and I personally can’t wait.”

Jonathan Manns, Executive Director at Rockwell and Chair of the Suburban Taskforce’s Advisory Board added: “England’s suburbs are long-overlooked and the potentially transformative impacts of Covid- 19 on the way we live and work make this cross-party review yet more pressing and relevant. There has been strong engagement to-date, supported by fresh new data, which is shining a light on the importance of managing change in a way that is both contextual and popular. The next steps will be to focus on the implications of the evidence-gathering stage for policy-makers and decision-takers.”