JOURNAL | From the Archives 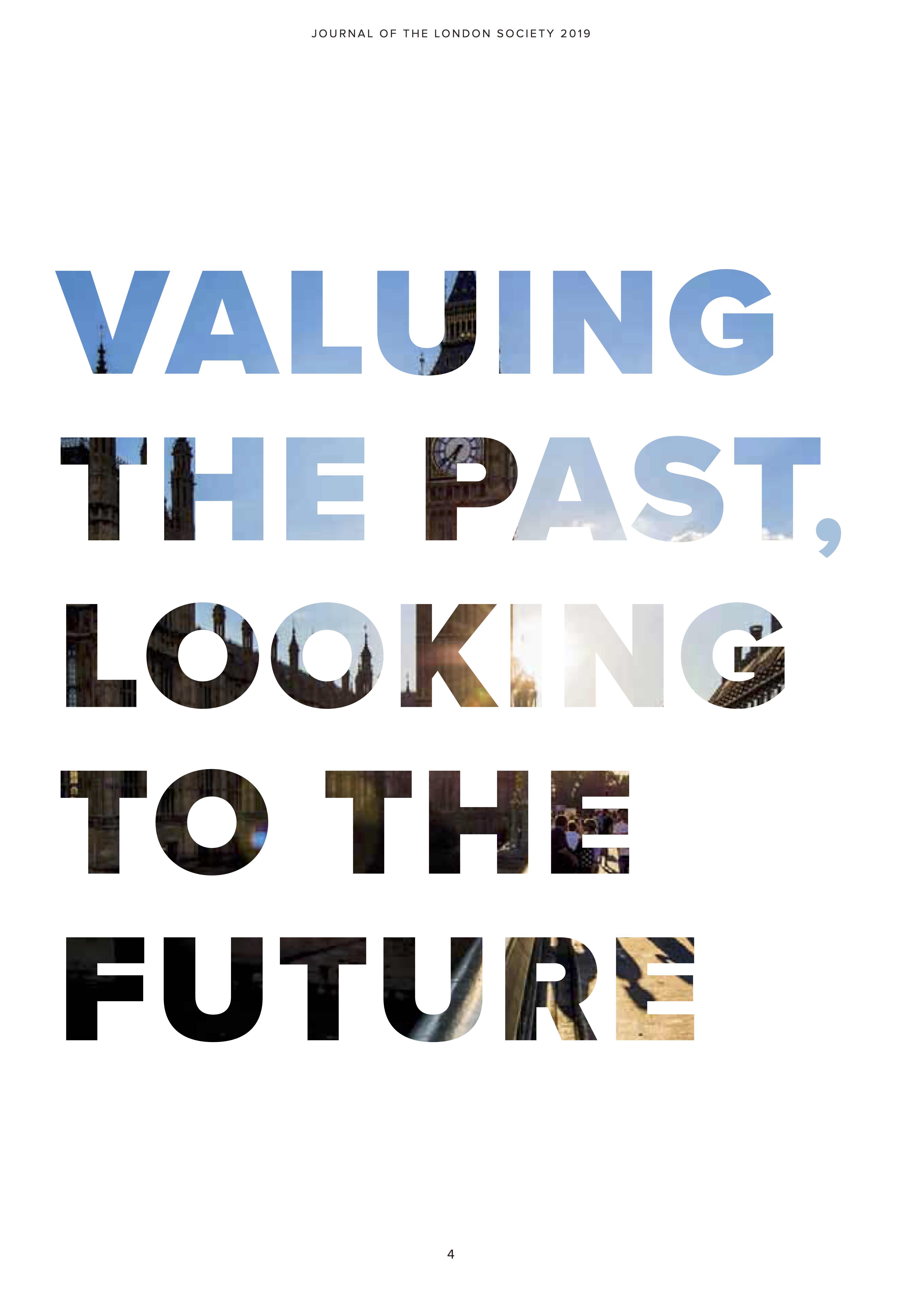 50 years ago: Greenbelts, London Estates and early thoughts for a Congestion Charge (December 1968 and March 1969)

A report on a ‘Greenbelt Drive in Surrey’ with maps and commentary given by the County planning members and Officers of the County who planned the route, concludes that: ‘Surrey is indeed to be congratulated on the beauty of its countryside and the care they are taking to preserve so much for the delight of future generations.’

A couple of visits to interesting London buildings housing other societies are noted along with a talk by Stuart Weir given to the Society on De Beauvoir Town in Hackney that is reported in full ‘by way of an experiment [as we] are only half way through our researches into the past of the area, and my talk is one way of finding out just how much we have discovered – and how interesting it is,’ part of an ongoing lecture programme on the London Estates.

A talk by the Editor of the Builder, Ian M Leslie, recounts his covering the London Society Meetings for the paper. ‘We always regarded the Society’s influence as being a wonderful example of the voice of public conscience in amenity matters, and it was remarkable how many times its influence made itself felt.' Illustrated by photographs of the Shell Centre, the Royal College of Physicians and the Vickers Building at Millbank, a piece on the addition of towers to the London skyline stated: ‘High buildings in London have always caused concern, either because people want to put them up – or want to to pull them down. The Collcutt Tower at South Kensington is among the latter.’

‘...much of the [Builder’s] pages were taken up with preservation Campaigns. This had had something to do with the influence… of the late Raffles Davison [a founder member of the London Society and ‘one of the great perspective artists of his time’]. The great wave of building that followed on the end of the War had made developers careless of amenity, a state of things that, in our excellent English way, produced a counter-revolution in the form of militant preservationists, of whom many were members of this Society.'

Martin also notes that the Builder’s involvement with the late 1920s Society Campaign for the Charing Cross Bridge would have cost less than what actually was done and would have supported an early form of the Congestion Charge, banning inessential traffic from Central London.

100 years ago: A sell-out talk on the Channel Tunnel, and those pesky city-building Victorians (September 1918 and January 1919)

Wartime editorial commentary by Henry Leaning discusses many possible planning initiatives that could be taken: ‘We have undoubtedly several areas in the heart of London that would amply repay for reconstruction from every point of view, such, for instance, as Soho, the district around Waterloo Station, and the land on both sides of Victoria Street.' A lecture by Sir Arthur Fell MP on ‘London and the Channel Tunnel' had an overflow audience with distinguished attendees noted.

A section of John Dryden’s 1666 poem Annus Mirabilis, which prophesies the rebirth of a new city from the fire, is taken by the Society as being applicable to the ‘present time' - September 1918 revealing the view of the ravages of the Victorians as being as destructive as the Great Fire. Little did they know… A report in the Evening Standard asks for all the ‘useless and massive‘ railings around St Paul’s and all gardens and parks to be removed to make them look better and be accessible.'

The second Editorial ‘The Emblems of Victory' justifies the Society’s pet project for the replacement of Charing Cross as being a fit memorial. Old Southwark is discussed in a paper by Mr. Fredk. Winkley: ‘No part of London carried less obviously on its face the record of its history than Southwark; there was so little that appealed to the imagination and sense of beauty.' A list of 12 City churches threatened with demolition was published in the Gentleman’s Magazine in 1834, of which half survived ‘the fangs of the destroyers'. London Society co-founder David Niven earlier had pleaded for the saving of St Olave’s church in Southwark – squashed in 1926 under the Hay’s Wharf building.

The imminent publication of London of the Future – a compilation of 12 essays edited by Sir Aston Webb and published by the London Society in 1920 – is noted along with the comment on the repressed wartime publication of the Society Plan, that it would have probably confused the Germans even more. Temporary blots on the landscape, high-speed Tube links, saving London squares and short courses on town planning & housing all jostle around the perennial problem of the Society’s slogan: ‘Before the war there was much discussion at our committee regarding a suitable motto for the Society, and this discussion has been revived. Suggestions from members will be appreciated.' And 100 years later, we’ve come up with a new one.