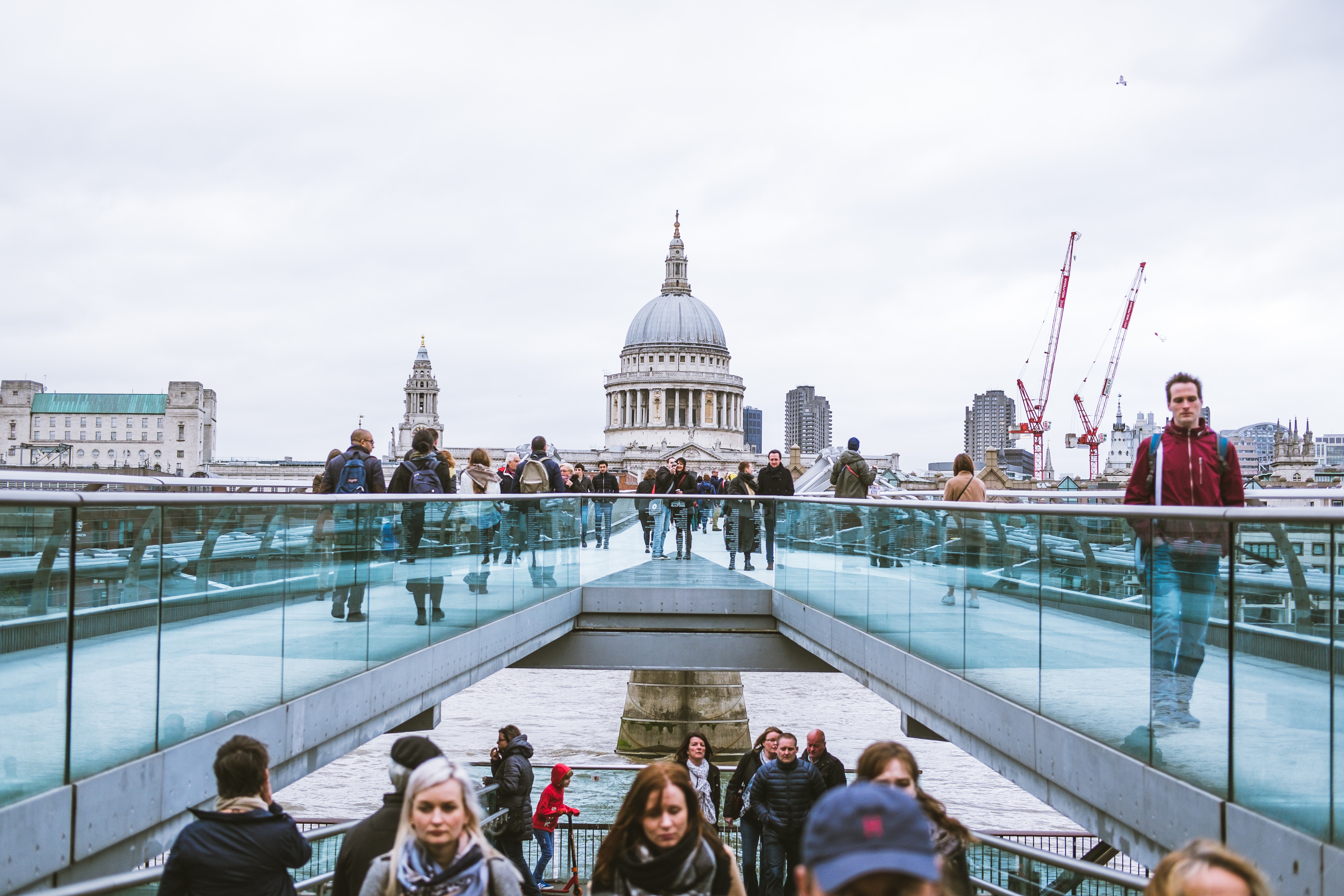 The cathedral that symbolised a new dawn for architecture when it was rebuilt in the 1700s provides the starting point for a suggestion for public realm in the surrounding area. Designer Yorgo Lykouria shares his concept.

This article is taken from the 2021 edition of the Journal of the London Society. You can find out more about this year's Journal here. Or join the Society for just £10 and receive a free copy.

In London, we might revere St Paul’s cathedral as a symbol of upstanding traditionalism, yet its completion in 1710 was a radical act. The design epitomised the English Reformation when Henry VIII’s rule audaciously broke away from the Roman Catholic Church, birthing a new English Baroque language and a departure from the European cathedral form. A special levy on coal funded the cost (equivalent to £150 million today) for this talismanic structure, which is intrinsic to the fabric of London and belongs to all Londoners.

St Paul’s has its origins as a small Anglo-Saxon church in the early 7th century and later versions are known to have been destroyed by fire in 962 and 1087 before the Normans erected their Romanesque cathedral on the site, itself to be destroyed by the Great Fire of London in 1666.

Sir Christopher Wren designed the edifice we know, his travels to France and his knowledge of Italian Renaissance architecture, manifest in the inimitable geometry of the dome, informed his design; an intersection of poetry and mathematics.

Since then St Paul’s has played host to significant moments in London’s socio- political history from the funerals of Lord Nelson, the Duke of Wellington and Sir Winston Churchill, to Martin Luther King’s sermon in 1964 en route to collecting the Nobel Peace Prize, and the marriage of the Prince and Princess of Wales in 1981.

The cathedral stood as the tallest building in London for over 250 years. It remains in the consciousness of architects, developers and planners, as it continues to exert its presence with the protected views policy in place since 1937. These planning controls protect and enhance local views of the cathedral from the South Bank, the bridges of the Thames, along Fleet Street and certain points north, east and west. You must dance around it whenever you build a tall building. Richard Roger’s Leadenhall Building, the Cheesegrater, nonchalantly leans away so as not to obstruct the viewing corridor. Fair enough, it makes for a better building.

Yet astonishingly, when you look at St Paul’s from the river, you only have that one axis, from Foster + Partners Millennium Bridge, where you can properly see it. It is the beginning of a superb urban moment, the cascading promenade that leads from the cathedral down to the river and across it to Tate Modern. Beyond this narrow blink-and-you-miss-it corridor, the clutter of buildings along the waterfront mostly obscure this monument.

If we value St Paul’s Cathedral so much, then we have not gone far enough. The siting of this monument so close to the waterfront is an extraordinary opportunity. I envision a broader connection fanning out from the cathedral to the Thames, a space that celebrates life in London and re-establishes its centre. This would be an opportunity to create a fascinating urban topography; terraced gardens with beautifully designed pavilions for performances, for food and beverages, for temporary exhibitions, and shelters to watch the rain, all embedded into the cultural fabric of London. What we might have learned from the pandemic is how much we appreciate outdoor living.

The concept of the cathedral is cultural, commercial, and spiritual. The association goes back a long way to the origins in the Romanesque basilica, and the subsequent cathedral which formed the city centre. They used it for meetings, as courts of law and for mercantile activity. In these early iterations there were no pews, a cathedral nave remained open to serve as markets, containing everything from livestock to vegetables that would appear on a Saturday and be swept away in time for Sunday morning.

St Paul’s Cathedral is a reminder of what creative passion and sacrifice can achieve. It is the people’s crown jewel in the centre of this great city and deserves more celebration.

Yorgo Lykouria is a creative director and founder of Rainlight, an integrated design studio, operating between offices in London and New York. Rainlight combines inspired design thinking with business acumen to create products that enhance how people live, work, and play in the real world.