BOOK REVIEW | London Made Us, by Robert Elms 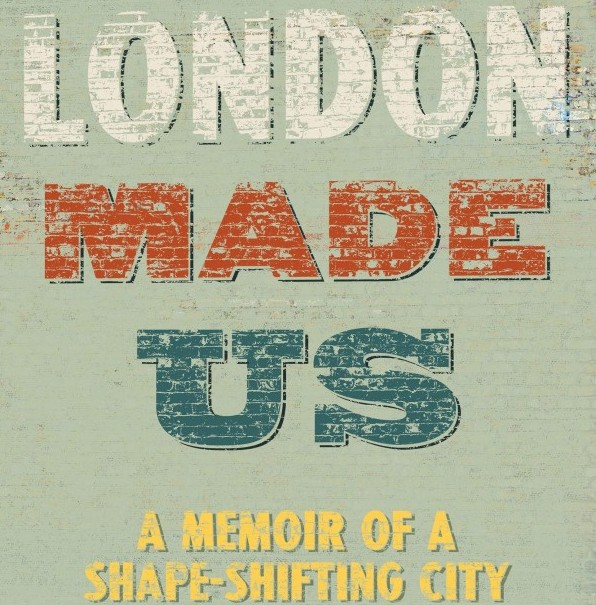 As anyone who has ever tried to pin down London knows, there are two inescapable truths about the capital: 1) London exists in a permanent state of change, and 2) there are as many Londons as there are, or ever have been, or ever will be, Londoners.

London Made Us is one man's existential attempt to come to terms with the unstoppable change as the sands of his own London slip through his fingers. That man is Robert Elms – writer, broadcaster and professional Londoner; his London one rooted in north of the river, (white, male) working class culture and coming to fruition in London's late 20th Century style explosion. Bursting with Elm's boyish enthusiasm for all things urban, it's a book rich in stories, observations, hidden places and extraordinary ordinary Londoners, and despite his regrets over the London that's lost it remains infectious with love for his home town.

The narrative is framed by the history of Elm's own family – his Ladbroke Grove ancestor Freddie, bus conductress mum Eileen, and his childhood at the extremity of the Northern Line, his parents having escaped from the then shabby streets of Ladbroke Grove to a nice two-up two-down council home in Burnt Oak. And like so many unlikely suburbanites (Weller in Woking, Bowie in Beckenham) Elms reacted by devouring the city once he was old enough to catch the Tube on his own.

The subtitle of the book is 'a memoir of a shape-shifting city', and for Elms the city had its best manifestation between about 1975 and 2005, when the writer was very much the dandy about town, and London was discovering its own cosmopolitan swagger. This was the London of punk, the Blitz club, lost nights in Soho garrets… but it was also a London that was hauling its way out of postwar, post industrial depression, briefly flirting with flyovers and inner city motorways, a city of derelict riverfronts, race riots, football hooliganism, squalid digs, cardboard cities and violent organised crime, of early closing and definitely none of your poncey pavement cafes. All of which Elms fully and conflictedly acknowledges.

Overwhelmingly, though, this is a book about loss. First, there's the loss of Eileen, whose final words, 'This is no longer my London', provide the book's opening line, and haunt its pages. Her refrain that Notting Hill is 'all slums' – because in her day it was – becomes a metaphor for how we all have points at which our London has frozen in time.

Then there's Elm's nostalgia for his own youth, musing on whether he is now too old to keep up with the pace of change. As he flaneurs around town, places morph and spaces come to life with personal memories and social histories –communities buried under the Westway, the ghost stations such as British Musuem, all nighters at the Scala in Kings Cross or the Roxy in Covent Garden (now a Speedo shop), a dodgy dolphinarium below Oxford Street, an old KGB drop near Coram's Fields, greeting his Camden neighbour Amy Winehouse when nipping out for some shopping.

More politically, there's the loss of an intangible, authentic London and its replacement with a 'blander' and 'sanitised' city, 'perhaps just a little dull in comparison to the tumultuous tumbledown town I grew up in'.  Working through the complexities of this gentrification, he acknowledges his own small accidental role, realising that at while he was socialising enthusiastically in the new wave of Soho institutions such as the Groucho club, he was simultaneously helping to seal this bohemian quarter's sterilisation.

The book ends with a lengthy list of 'lost monuments of the city that made us', calculated to stir readers own memories, shared points with some of those millions of other Londons: Bloom's restaurant, Madame Jojos, Groove Records, Fleet Street printers, Walthamstow Dogs, Pimlico School, Frestonia, smoking carriages, the Heygate Estate, Kensington Market, Aldwych Station, Dionysius Kebab House…  the list goes on.

But ultimately London's main loss over the past few decades has been opportunity, freedom, creativity. The opportunity to live in central London. The can-do punk spirit. The spaces where if you wanted to open a DIY club in Covent Garden on little budget, you could, and that club could go on to be the sort of space of creative exchange that would put London on the music and style map. What we now have instead is a city where 'value' means profit, not wellbeing, happiness, or having a good time.

As a literary stylist, Elms is no Raban, Litvinoff or Sinclair, and this is not Soft City, Journey Through A Small Planet, or Lights Out For The Territory. His draw is as a raconteur par excellence and London Made Us is like one of those great evenings in a classic old-school London pub, listening intently as the long-serving landlord spins tale after tale of the people and places he's known, occasionally lapsing into melancholic nostalgia for the good old days, but ultimately, helplessly, and forever in love with his city.