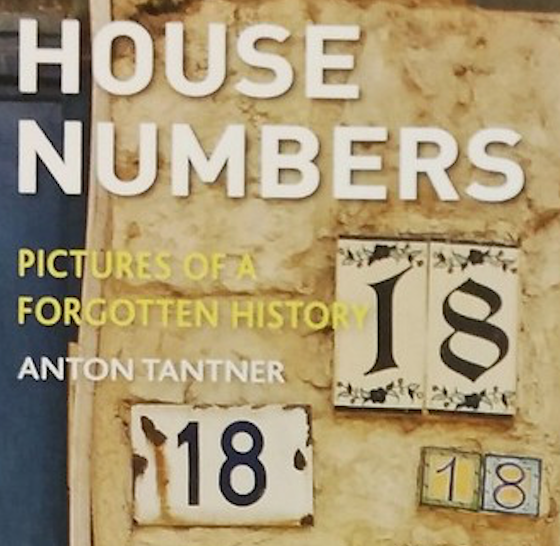 House Numbers: Pictures of a Forgotten History by Anton Tantner

Anton Tantner’s book on the history of house numbers is short, but probably shouldn’t be. The precise details of how cities came to be are fascinating, and the taken-for-granted has at one point been new and curious. Tantner, a historian at the University of Vienna, shows that the numbering of property is no exception to this rule, picking out examples largely from the Western world that highlight how this all but standard means of organising our streets (and by proxy so much else), as well as being a tool for navigating them, is linked to many important turns in history.

Using numbers rather than names to identify a house is representative of a kind of Cartesian separation of household (the people living in a house) and property (the house itself). For instance, the author demonstrates that in the Habsburg Empire, using different systems of house numbering was part and parcel of the discrimination of Jews (and in 1781 the yellow patch Habsburg Jews had to wear on their arms was transplanted to their front doors).

Why I say that Tantner’s book shouldn’t be short is because it’s a bit of a missed opportunity. There is good research done, but in most cases the author hardly goes deep enough. He doesn’t seem willing to go off on any tangents, yet that is what makes popular histories so relevant: properly placing “minutiae” into context, surprising the reader with how and where they weave into a story. Tantner offers example after example, but without really convincing you that you’re being informed of some unnoticed key to the world around you.

Nor does Tantner seem to commit to an idea of why he’s writing this book, or who his audience is. At times, he relies on rapid-fire anecdotes, and you’re not quite sure whether you should instead be reading this on the toilet. But then, all of a sudden, you’re in a place that feels encyclopedic, with such compelling section opening lines as, “House number photography can be regarded as the deliberate photographing of house numbers with the view of documenting them.” What a hook.

The editors may be more to blame than the author himself, whose appreciation for the role of peripheral and niche study in helping to understand the broader picture could have easily been finessed into something either more entertaining or more useful — or both.