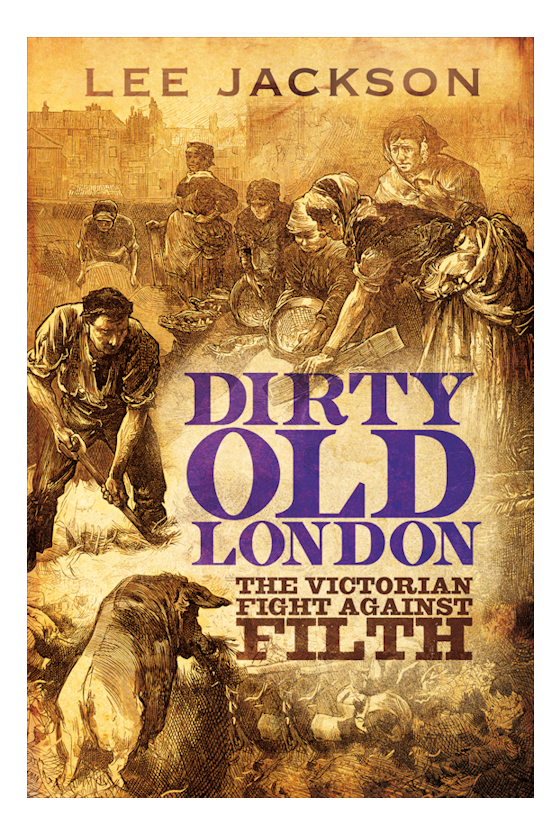 By the outbreak of the First World War in 1914, the British Empire was at its greatest extent, covering some 23 per cent of the surface of the globe. During the preceding century, the country's imperial ambitions, mercantile culture and naval superiority, fuelled by the Industrial Revolution, had changed the world. The journey to reach this point also had profound domestic implications. The Victorians had reshaped London with a preoccupation for technology and sanitation; but for many citizens the experience remained, as Jack London described in 1903: "Helpless, hopeless, unrelieved, and dirty." These experiences, which defined the daily life of everyday people, are the subject of Lee Jackson's Dirty Old London.

Jackson's research is used to reveal the story of a city with aspirations for a great imperial capital but mired by the poverty and filth of rapid industrialisation and uncoordinated urban growth. London's population would grow from one million in 1800 to 6.7 million a century later, with antiquated infrastructure and working practices exacerbating existing social problems. Cinders from fires were uncollected, smoke hung thickly in the air, mud covered roads and pavements, excrement was removed by hand, burial grounds overflowed, and the city's residents lived overcrowded and insanitary lives beneath a layer of dirt and grime. "Nowhere was dirt more visible in the nineteenth-century metropolis than on the hands, face and clothing of the poor - all of this clung stubbornly to the person."

It is this grisly reality of grinding day-to-day poverty and the typically insubstantial attempts to address it that his richly detailed account brings to life.

Burial practices, for example, get a full chapter. Reporting to a government Select Committee in 1842, one citizen said: "I saw them chopping the head of his coffin away - I knew him by his teeth - it was my father's head, and I told them to stop, and they laughed."

Population growth had meant that demand for burial space outstripped supply. Coffins were commonly stacked from 20-foot deep to inches below the surface, with putrefying bodies dismembered or destroyed in attempts to find room. Disinterred bones littered churchyards whilst smashed coffins were sold to the poor for firewood. The norm, rather than the exception, bodies were often surreptitiously discarded into sewers, following services where mourners covered their faces to mask the smell.

Yet by 1860, new garden cemeteries opened and previously overflowing urban burial grounds were transformed into accessible open spaces. There were problems, but progress was made.

Dirty Old London shows both the small-scale and cumulative significance of the Victorian fight against filth. Widely known pioneers of reform, such as Edwin Chadwick, receive appropriate recognition, but so do lesser-known individuals and organisations that drove change in an era of uncoordinated reform. The painter John Martin, for example, is acknowledged for his work conceiving and promoting his Plan for supplying the Cities of London and Westminster with pure water from the River Colne in 1828; a proposal not dissimilar to that which would be realised by Joseph Bazalgette during the 1860s.

The book's impartial and factual tone is a success. When asked in 1899 for his opinions of the capital, the Chinese ambassador replied laconically: "Too dirty." Jackson's work leaves the reader in little doubt that he was right, but also sets into context the scale of the challenge and efforts made to address this. It is not, he writes, "about casting blame on the Victorians for their failure to manage the dirt of their great capital, but an attempt to gain a clearer, more rounded picture of the development of the nineteenth-century metropolis." The result is a vivid and meticulous survey, which achieves precisely that.