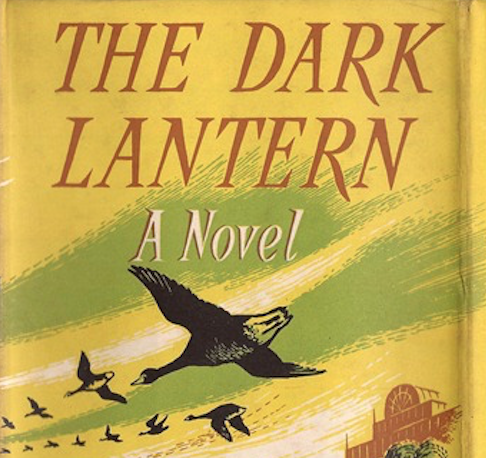 We asked members to contribute blog posts or book reviews, and here Jeremy Newsum tells us about a couple of his favourite London books. If you would like to submit anything, please just email blog@londonsociety.org.uk

This is the first volume of Williamson’s incredible 16-volume A Chronicle of Ancient Sunlight, a fictional parallel to Henry Williamson’s life encompassing a childhood in late Victorian London and experiences in both world wars. The Dark Lantern is arguably the best of the series and is notable for its detailed descriptions of London at the end of C19th when it was expanding rapidly.

It was a time when nature abounding close to London was under threat and has never been seen again; when new housing estates were accelerating out to create new suburbs and whole new districts where there were only villages, such as Lewisham and Camberwell; when transport in the streets  was still horse drawn and the era of commuting was starting to dictate patterns of  living. Williamson evokes a strong sense of the atmosphere with, on the one hand, wonderful detail of artefacts and everyday aspects of life and, on the other, with a great sensibility towards his characters. This book deals with the period before his ‘birth’ and he gets the balance right between sympathetic understanding of people and a detachment from sentimentality.

Often described as a dreamer, the later Williamson’s observational brilliance can be overwhelmed by his sense of drama and his frustrations with the warring world. Londoners who want to understand more about how this great city has evolved will learn a lot from this classic book.

I am fortunate to own a copy of this near 1000 page hardback book which has become, 180 years on, a treasure trove of information.

It has been a fascinating companion to watching the Belgravia TV series and Thomas Cubitt is of course in the directory, entered as Builder, 56 Eaton Place, Pimlico. The bulk of the book is an alphabetical listing of individuals and firms noting their trade and address. To take a page at random we find whip manufacturer, cane-worker, carver and gilder, needle manufacturer, Carrier, chemist and druggist, and Proctor, not to mention the dreaded Wax and Tallow Chandler.

I find myself transported to another era but one which has led directly to my own, moment by moment. There is so much information in different sections from insurers to ‘country bankers’; the location of fire stations (but only those where there is ‘constant attendance, Day and Night’.  Best of all there are 150 close typed pages of ‘The New Guide to Coaches, Waggons, Caravans, Carts, Vessels, Hoys, Barges and Boats’. It gives, for instance, the timetable and locations (public houses) throughout the City and West End for the coaches to every town in the UK.

There is real history in this book and it gives a vivid insight into the life and times in the first decades of the C19th.