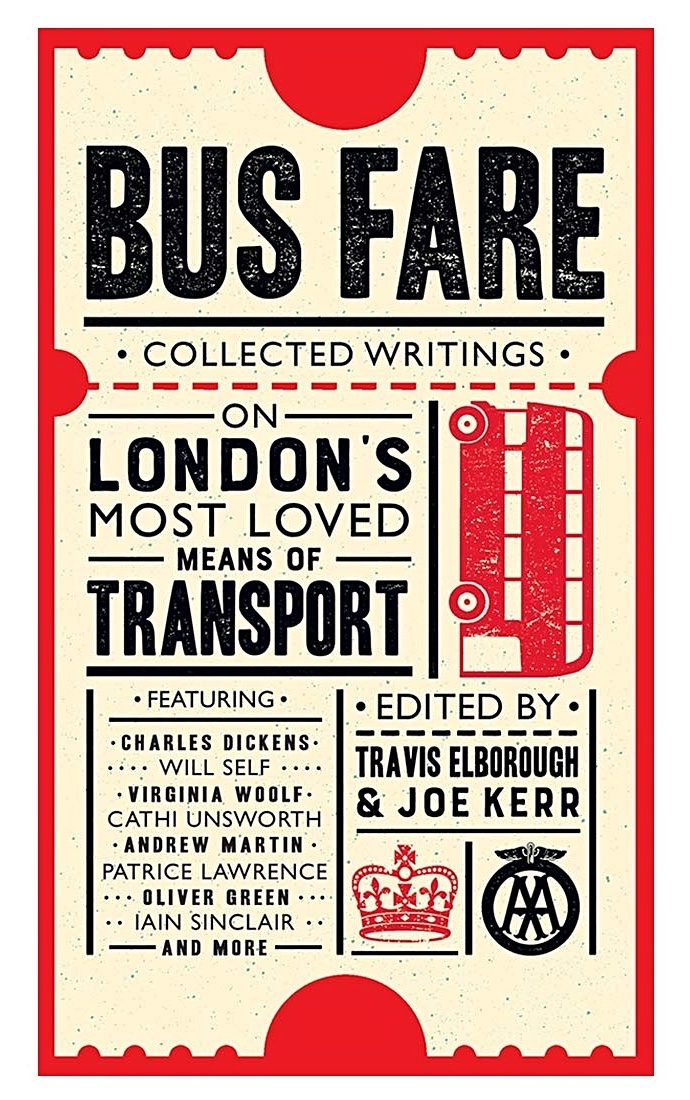 More than the tube, more than the car, more than the railways, or the bicycle, or the cab, it is the bus that moves London. Over 8,000 scheduled buses across 700 different routes lead to nearly 2 billion bus journeys being made every year. And the red double-decker is an instantly recognised symbol of - in fact, a shorthand for - the capital, featuring on countless postcards and uncountable photographs. We can thank George Shillibeer who, 190 years ago - 4 July 1829 - introduced the first service (based on the Paris 'omnibus') running from Paddington to Bank along the New Road (now called the Euston Road). The fare was one shilling - a reasonable sum, and beyond the pockets of the working class. How this bit of inspired entrepreneurism from a Bloomsbury coach-builder grew to its current network is told in an excellent new book called Bus Fare, a collection of reportage, fiction, history, letters, biography, facts and figures, and other writings on and about buses and their cultural impact, edited by Travis Elborough (who has form, having previously published a book on the Routemaster) and Professor Joe Kerr, "an architectural historian and bus driver at Tottenham garage".

Here one can read about the origins of the service and how quickly buses became an accepted and necessary component of the machine of the metropolis. There are Victorian criticisms - of their efficiency, reliability, and cost; of conductors, drivers and one's fellow passengers - that one can still hear today; some wonderful facts - in the 1890s a contemporary writer estimated that there were some 20,000 horses employed by the bus companies, or that the fixed bus stops that we know were not fully implemented until the 1940s (until then one could hail or get off a bus at any point). We read about the buses commandeered to transport troops on the Western front in WW1, and how the service kept running through the Blitz in WW2; how the service recruited from the West Indies in the 1950s; the long, slow battles for racial and sexual equality (the first female bus driver started work only in 1974), and the pressures of budgets, privatisation, and rising and falling demand.

On the way we meet Lenin observing the capitalist system from the top deck, Michael Foot catching the number 24 each day, Kenneth Williams on the number 1 and Will Self in Stockwell Bus Garage. We find out why routes are numbered as they are, the origin of the 'man on the Clapham omnibus', and why the buses are red. There are stories of dodgy business dealings, sharp practice, and political manoeuvring and expediency; we hear the voices of drivers and conductors (who, over 150 years, have many of the same grumbles), get ourselves acquainted with the classic buses - including the 'RT' and, of course, the Routemaster, the sight of which can still make men of a certain age go misty-eyed.

As well as all this we get closer to why the bus holds such an important place in the hearts of Londoners and the psyche of the city, how it has permeated our culture from Dickens to Woolf to Flanders + Swan, to Harry Potter. For all their faults, for all our complaints, it is (broadly) true as the editors assert "tourists take the Tube, Londoners take the bus". There are around 100 pieces in the collection, some just a paragraph and none more than half a dozen pages and, although (of course) variable, there seem to be no duds in the selection. It's a book that can be read as a 'linear' history, or dipped into. Recent protests over route changes show just how embedded the bus is in the life of London and Bus Fare is a reflection in print of this relationship "endlessly criticised...yet relied upon by all ...and held in great affection by most of their passengers".