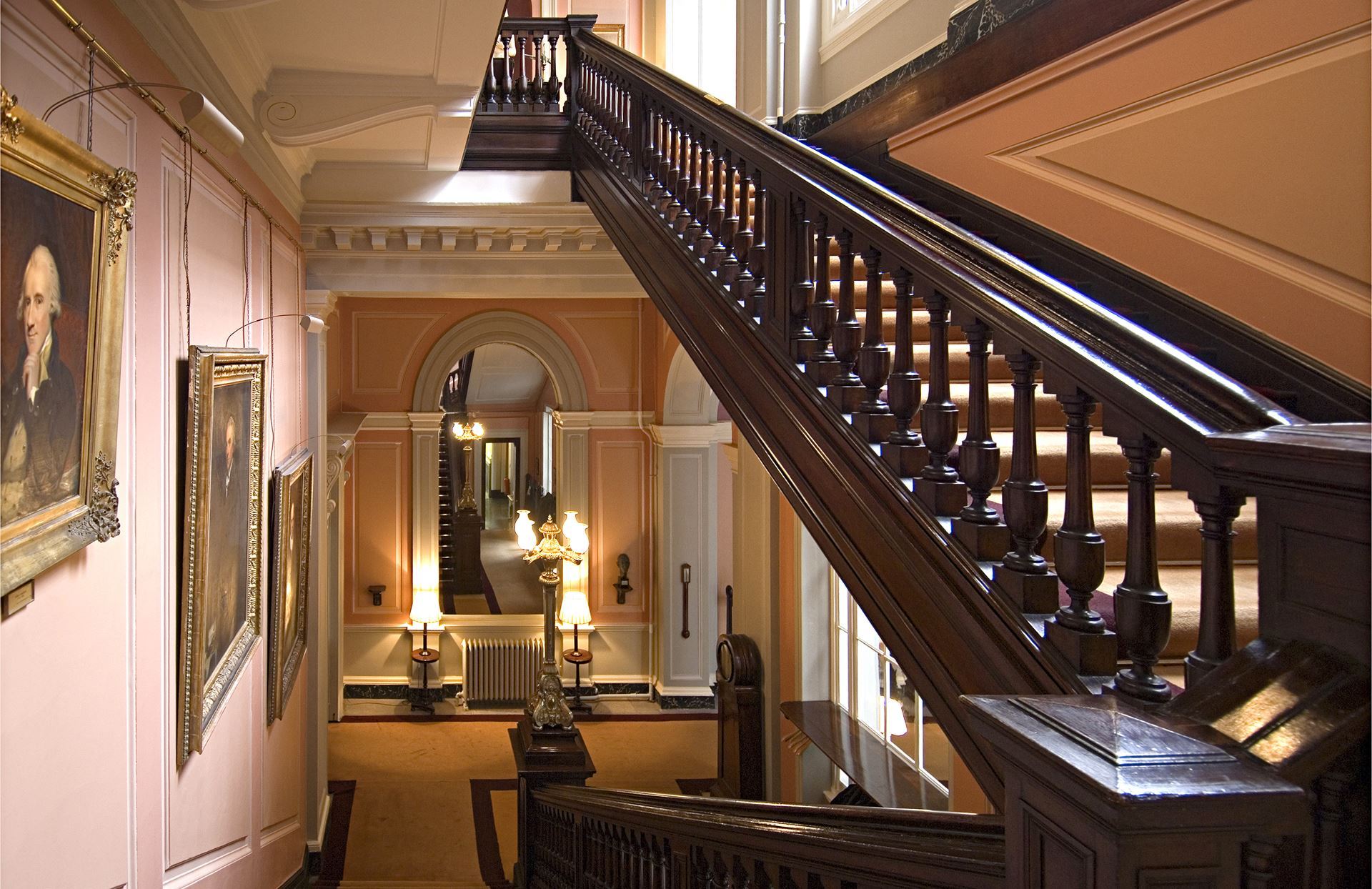 TOUR | Behind the Scenes: The Travellers Club

Join The London Society for this very special Behind the Scenes tour of one of London’s iconic member’s clubs – The Travellers Club.

Founded in 1819, ‘for gentlemen who had travelled out of the British Isles to a distance of at least five hundred miles from London in a direct line’. Membership was extended to foreign visitors and diplomats posted to London.

The building broke with neo-classical tradition in taking the Italian Renaissance palazzo as its model and a contemporary writer compared it to the Palazzo Pandolfini, then attributed to Raphael. The stuccoed street front is modest, of two storeys, with five bays and rusticated corners. Windows on the first floor are framed by pilasters supporting heavy pediments. A belvedere, designed as a Smoking Tower, was later converted into bedrooms.

Internally, the plan follows a palazzo type, with an internal courtyard and loggia. The fine staircase doubles back on itself to lead up to the Library at the south side. This is the Club’s most impressive room, with its cast of the frieze from the temple of Apollo at Bassae, brought back by a member, the architect C.R. Cockerell. The room is divided into three by pairs of columns.