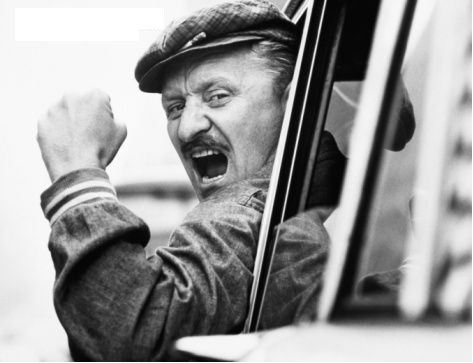 The London Icons Series focuses on the black cab - but Stephen Bayley's talk promises to be more iconoclastic than celebratory. As he explains:

Charles Eames said the London black cab was the greatest ever design.  One of his more acid contemporaries said that, to an American, for a design to be great, it had to be both European and useless.  Both these observations are true.  The black cab is an institution.  And like most institutions, it is both drenched in attractive tradition and hobbled by a bone-headed refusal to innovate.

Never mind Uber, twenty years ago the black cab business failed to anticipate (or perhaps chose to ignore) the systematic improvements to bookings and payments that the internet promised.  And then there are the folkloric cabbies themselves. They ceased to have cheeky-chappie chivalric status long ago and instead translated themselves into a Luddite rump of foul-mouthed, unhelpful psychotics.  Marginalised by GPS, undercut by Uber, one day soon it will occur to all of us what an absurd system it is that possessors of “The Knowledge” drive empty taxis around the streets, forlornly looking for custom.  Meanwhile, every survey of London brands includes Big Ben, red ‘buses and black cabs.  Pitiably, this symbol of London is owned by Chinese.

Join us for what promises to be a witty, incisive and probably controversial talk, as Bayley skewers a few myths, and asks whether the black cab is going the way of the Hanson and the trolley bus - and should we care if it does.