REPORT | High Streets, the Value of the Public 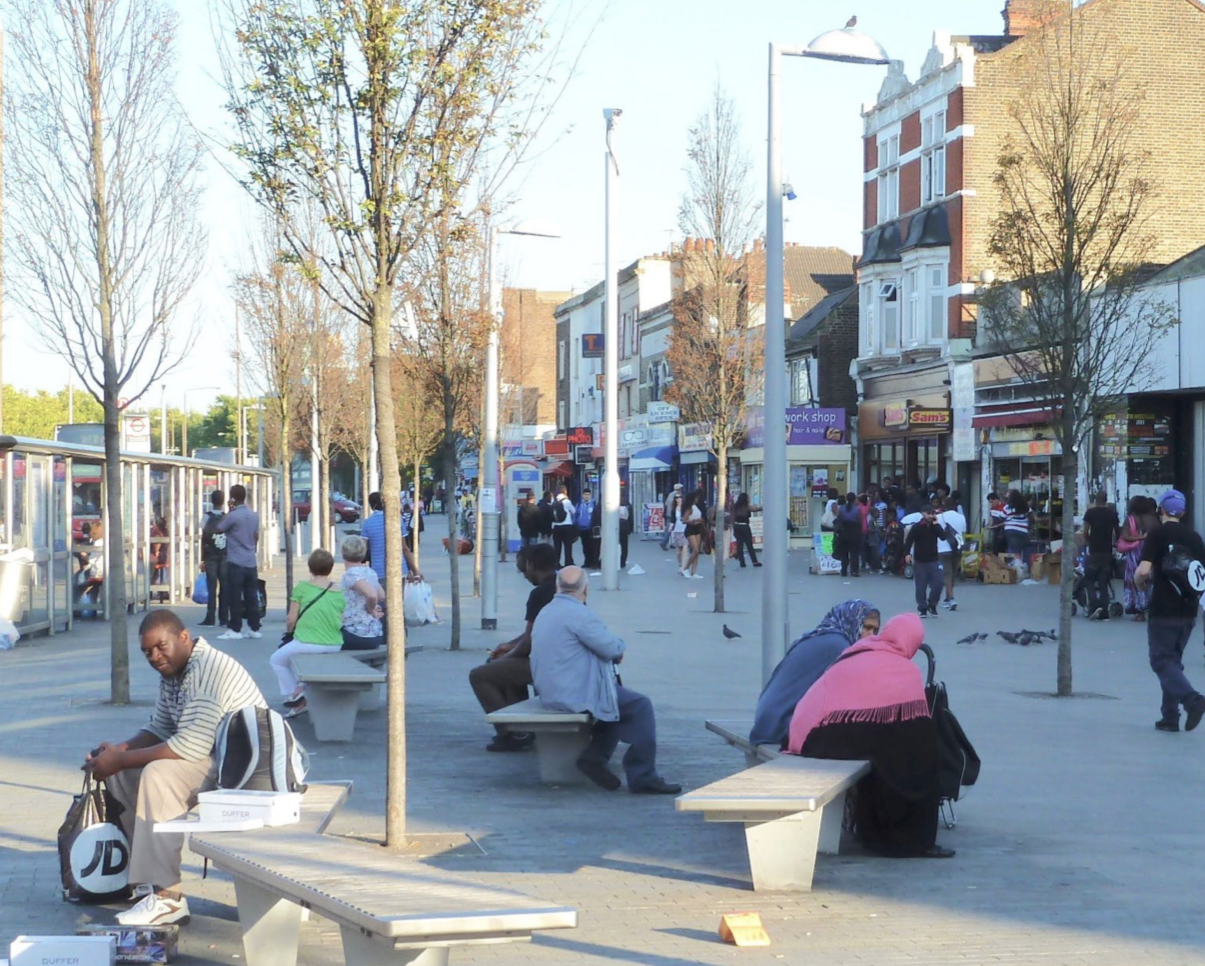 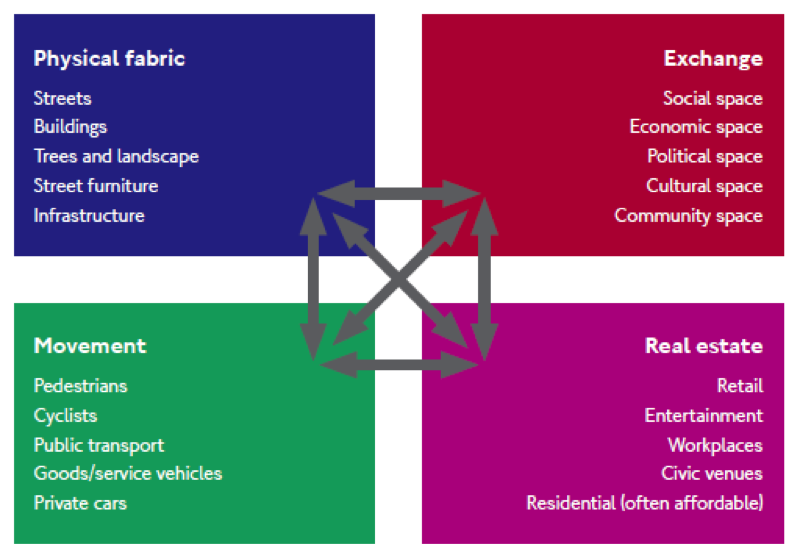 High streets are at the heart of our economic and civic life, common to all, the most public of public spaces. In this seminar, two speakers gave their different views on husbandry of the public realm and how to value it in various contexts:. Brian Whiteley Reports.   Emily Gee works for Historic England (HE), the government’s adviser on the historic environment. She has been working with historic high streets, listing special examples of retail, domestic and civic architecture that form their backbone; supporting heritage-led conservation/regeneration work.

The recent decline of our high streets has been well chronicled – with shop, pub and bank closures all aspects of rising vacancy rates and lower town centre footfall. Only a few uses seem to be bucking that general trend – e.g. with growing numbers of beauty salons, barber shops, cafes and restaurants. Yet surveys consistently show commercial occupiers value listed / historic buildings as venues for retailing and food & drink activities in particular, the special character of these buildings being seen to help draw in their customers. Examples she offered here of where recent historic building renewal had been seen to actively encourage commercial regeneration included:

Emily noted in particular the success of the Derby project, which involved HE providing funding of £100,000 for shopfront renewal in the Cathedral Quarter over three years, subsequently seeing some 28,000 sq ms of retail floorspace being brought back into use and new jobs attracted to the area.  Vacancy rates fell over the three years from 28% to zero. She outlined how such schemes have influenced HE thinking and led to the introduction of its new High Streets Heritage Action Zones (HSHAZ) scheme, with a total funding of £40m running over the next four years – for further details see: https://historicengland.org.uk/services-skills/heritage-action-zones/. Bidding for HSHAZ funding formally opened on 18 May 2019 and HE is already in discussions with a number of local authorities around the country who are interested in bidding. The scheme aims to use historic building fabric renewal and public realm improvements in high street conservation areas as tools to help encourage wider economic regeneration. One side benefit is expected to be the introduction of more housing within refurbished buildings, helping create greater footfall in high streets. Currently, London has two Heritage Action Zones – both are in south London and still in their initial research and community engagement stages to achieve an understanding of each centre’s identity and where opportunities for improvements exist:

Matthew Carmona, Professor of Planning and Urban Design at The Bartlett School of Planning, University College London (UCL) is Chair of the Place Alliance and an expert in public realm research. Matthew presented findings from his latest project with Transport for London (TfL) “Street Appeal: The value of street improvements”, in which he found that bettering the quality of London’s high streets gives substantial benefits to the users, occupiers and investors in surrounding property. TfL are shifting the emphasis of their investment in London’s streets from one aimed at achieving high traffic efficiency in to one seeking a balance between better movement and better “place” spaces. This research by UCL for TfL concludes that safety, ease, comfort and inclusiveness of pedestrian movement should come before enhancements to physical and / or social character of the street, or the pursuit of environmentally unpolluted and adaptable space. Matthew explained how the study used data from five contrasting pairs of high streets across London as the basis for its analysis. It divided the data into four inter-related key areas: physical fabric, exchange, movement and real estate (as shown at Figure 2 in the summary report): All the streets shared a mixed use character, and pairs were chosen which had similar socio-economic profiles and physical characters. One street in each pair had seen environmental improvements whilst its partner had not during the period 2008-2014 – e.g. Walworth Road in Southwark had improvements undertaken whilst its partner in this study, Trafalgar Road in Greenwich, had not. The research found that improvements to the quality of the publically owned and managed areas of London’s mixed streets, such as high streets and town centres, return substantial benefits to the everyday users of streets, and to the occupiers of space and investors in surrounding property in multiple ways: A one third uplift in the physical quality of the street as a whole from interventions in the publically owned street space. An uplift in office rental values equivalent to an ‘additional’ 4% per annum A larger uplift in retail rental values equivalent to an ‘additional’ 7.5% per annum. This results from the more attractive retail environment that has been created and the encouragement this is giving to investment in these locations despite competition from on-line retail and ’out-of-town’ shopping centres.

Very strong perceptions amongst both everyday street users and local property occupiers that street improvement schemes significantly enhance street character, walkability, ease of crossing, opportunities for sitting, and general street vibrancy. The summary report can be viewed at: https://www.google.com/search?client=firefox-b-d&q=Street+Appeal%3A+The+value+of+street+improvements+TfL – with the full report available at: http://www.sciencedirect.com/science/article/pii/S0305900617300636   A short question and answer session followed the presentations by Emily and Matthew. Three major points raised were: