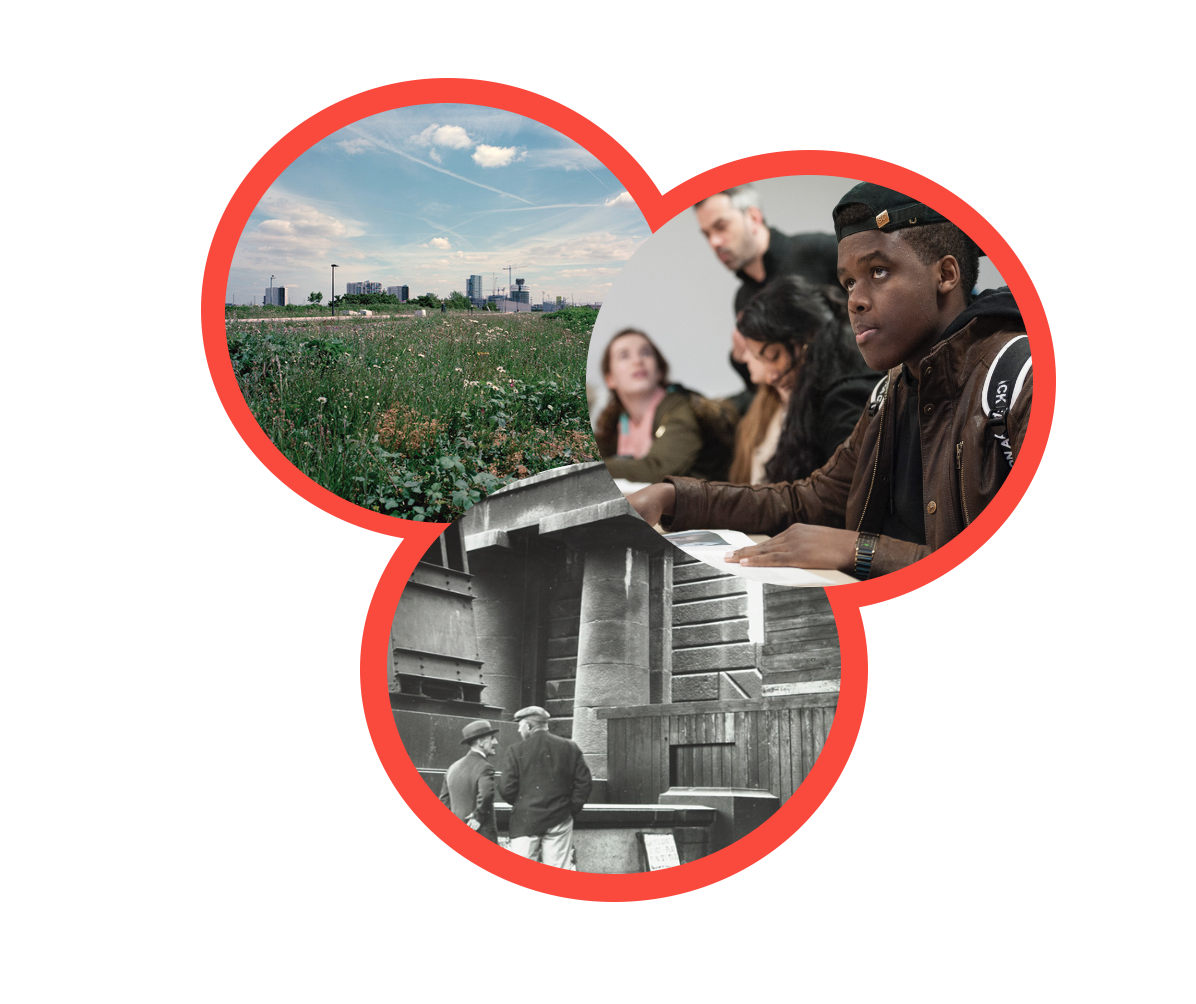 All four speakers are active in the world of architecture in London representing a range of experience in practice, research and academia.

Architect Graeme Sutherland launches Architecture School 2021 with a talk about what lies beneath our feet, tracing connections between Sir Joseph Bazalgette ’s extensive and transformational underground system of sewers in the 19th century - delivered in response to the ailing health of the city - and the All London Green Grid in the 21st century - a policy framework for green infrastructure across London, for the benefit of people and wildlife.

Architectural historian Neal Shasore discusses one of the most hotly contested debates of early twentieth-century London’s development: cross-river communication. Arguments about the fate of two bridges in particular: the Hungerford Railway Bridge at Charing Cross and Waterloo Bridge, drew in a myriad of different interests and professions including The London Society which fought vigorously and imaginatively for improved amenity for Londoners.

Architects Dinah Bornat and Nisha Kurian explore the ways in which architects are rethinking forms of practice to promote collaboration and to create a more equitable built environment.

Dinah will present the London Practice Forum, a collective of architectural practices in the capital working to share best practice and affect positive change.

Nisha will discuss the RE-SET-GO initiative - a hands-on, paid workplace experience and mentoring programme established with the mission of diversifying architecture practices.

In the build up to this event, please feel free to share via social media:       #LondonSociety2021 @londonsoc