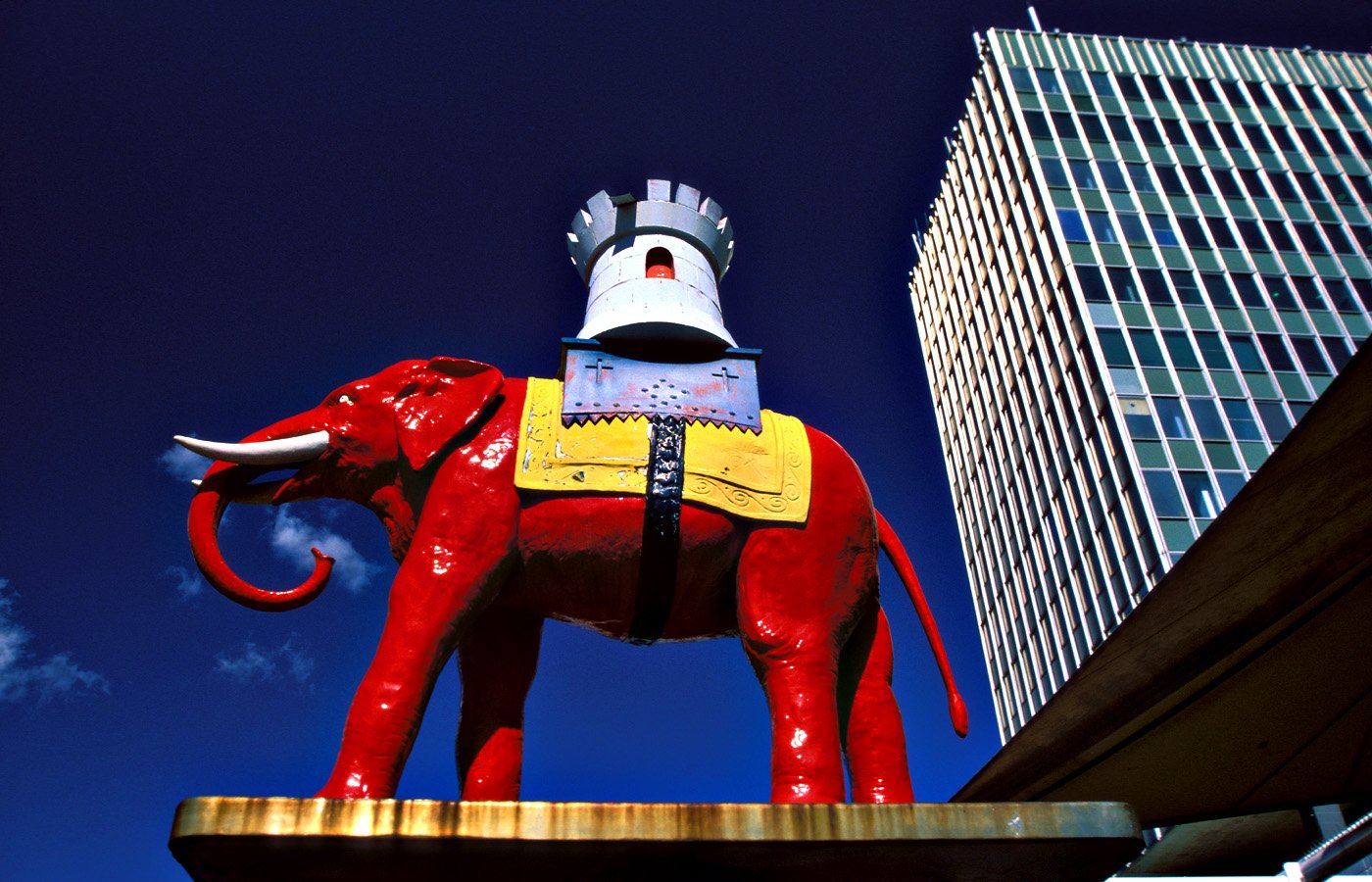 WALK | Tales of the Elephant

**Members have Priority Booking until 27 January**

This fun and engaging walking tour — led by Elephant and Castle resident and Golden Key Academy graduate Joesph Granata — explores the past, present and future of this extraordinary central London hub which was once known as the ‘Piccadilly Circus of South London’ but has at times since been controversially used as a symbol of urban decay and failed planning.

This walking tour will explore how, despite Elephant and Castle’s central location and unparalleled cultural and architectural riches, the area became unfairly ignored and unloved in the late twentieth century. During this time, the area had a reputation for being an ugly, congested pocket of south London, built around not just one but two busy roundabouts and with a network of dank, pedestrian subways, at the heart of which lay a famously outdated, but nevertheless enigmatic, shopping centre.

This tour will show you that this district — known affectionately as the ‘Elephant’ — is in fact a fascinating, vibrant neighbourhood with a rich history and a promising future, boasting conservation areas, numerous listed buildings, pioneering post-war architecture and striking contemporary developments, all of which surround an ambitious large-scale regeneration scheme which aims to bring the Elephant and its revitalized circus back to town.

Highlights of the tour include Metro Central Heights, the office development designed by the internationally renowned architect Ernő Goldfinger and converted to residential use in 2002, Blackfriars Circus by Maccreanor Lavington which draw influence from historic warehouses of Southwark and Clerkenwell and a new 1-hectare community park designed by Gillespies at the heart of the visionary Elephant Park development.

***Become a member of the London Society. You'll get priority booking for events, discounted tickets, the Journal and free tickets for the annual Banister Fletcher Lecture. You can join here: https://www.londonsociety.org.uk/join.***

In the build up to this event, please feel free to share via social media:       #LondonSociety2022 @londonsoc