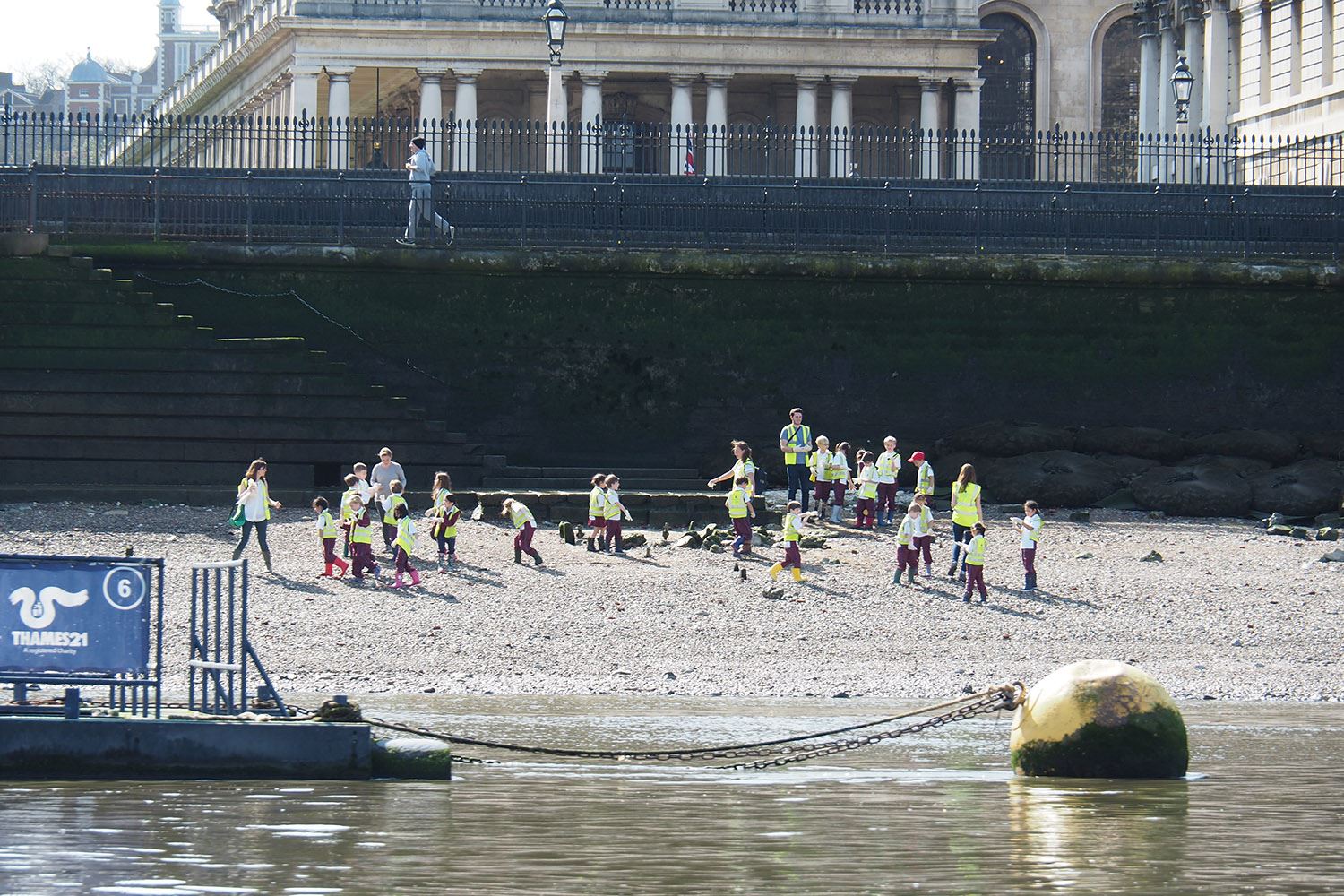 IN PERSON | Connections - Culture and the Thames

The Thames has shaped the landscape and fortunes of London and is its most vital connection. Dynamic and ever changing - over 12 hours, the tidal river rises and falls, hiding and revealing London’s largest public open space and 10,000 years of the city’s history.

It reflects the extraordinary pace and scale of London’s change - 40 per cent of the Thames’ banks are within opportunity areas for growth. It’s a major transport corridor - the PLA’s Vision for the Tidal Thames sets out major ambitions; including doubling the number of people travelling by river. Of vital ecological importance, it also connects 877 adjacent publicly accessible open spaces and 14 major metropolitan parks.

Creating space and reflecting light as it cuts its way through the city, it is our most important public space, and the activity on its banks expresses the diversity of the city, and yet we know that many London schoolchildren have never seen the river.

Publica will present surveys and findings from their River Thames cultural study, undertaken with 98 riparian organisations. They will be joined in conversation with key contributors including Totally Thames, to discuss the potential for putting the Thames back at the heart of our cultural life.